Carla and Steve's wedding ceremony at European Crystal was everything a ceremony should be - sweet, fun, and completely "them." 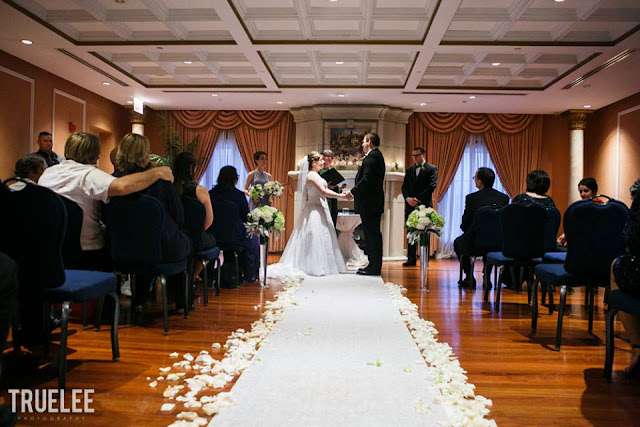 They met in college at anime club, so it goes without saying that their ceremony would have lots of nerdy references. Their unique touches included music from favorite movies. It began with their parents and the wedding party walking in to "Storybook Love" from The Princess Bride and ended with them exiting to Harry Belafonte's "Jump the Line," popularized by the movie, Beetlejuice.

The ceremony itself included quotes from Doctor Who, as well as mention of their favorite character from Dragonball Z - none other than Vegeta. They exchanged rings inspired by The Legend of Zelda, and even included the three elements of the Triforce - power, wisdom, and courage - in their vows.
After the vows, guests made wishes on blessing stones, which were then collected and poured into a vase. Carla and Steve then made their own wishes on heart-shaped stones and placed them on top. The blessing stone collection will be a keepsake for them - and a reminder of their special day and all those who shared it with them. 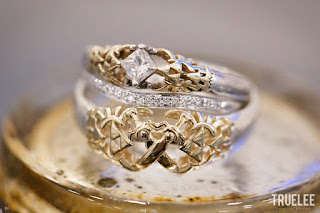 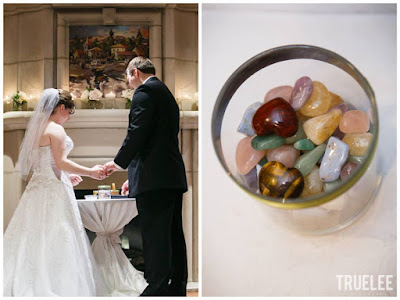 The wonderful Genevieve Lee of TrueLee Photography captured it all on film. You can see more photos of Carla & Steve's wedding by visiting their album on the TrueLee Facebook page.